I recently started a series about Beaufort, NC. You can catch up on the first couple of posts here & here. I haven’t written in a couple of weeks because I have quite literally spent nearly all of my free time working on an update to my book, Chasing Hope.

I switched the way my book will be printed & distributed. When I did, the old cover of the book would no longer work due to a variety of requirements from Amazon. But the process of updating was much harder than I anticipated.

So . . . I am behind. But back to post three in my series with more from Beaufort, North Carolina! The last two years I’ve attended the Beaufort Wine & Food Festival. I had said for a while that I wanted to go. I have a bad habit of talking and not doing.

As my 40th birthday approached {yes, I’m admitting how old I am} in 2016, I knew that I had to start making changes. So rather than just talk about going someday, I needed to do it.

This year’s seminar was even better than last years. The setting for the seminar is the Harvey W. Smith Watercraft Center. It’s on the water, just across the street from the North Carolina Maritime Museum. Though held in late April, the humidity has already started to seep in. But even still, it could not be a more beautiful setting. I mean . . . look at this . . .

I also attended the Vin de Mer Epicurean Village both years. There is a lot of wine and food happening up in there and it’s awesome! They describe it as organized chaos which is a great description. 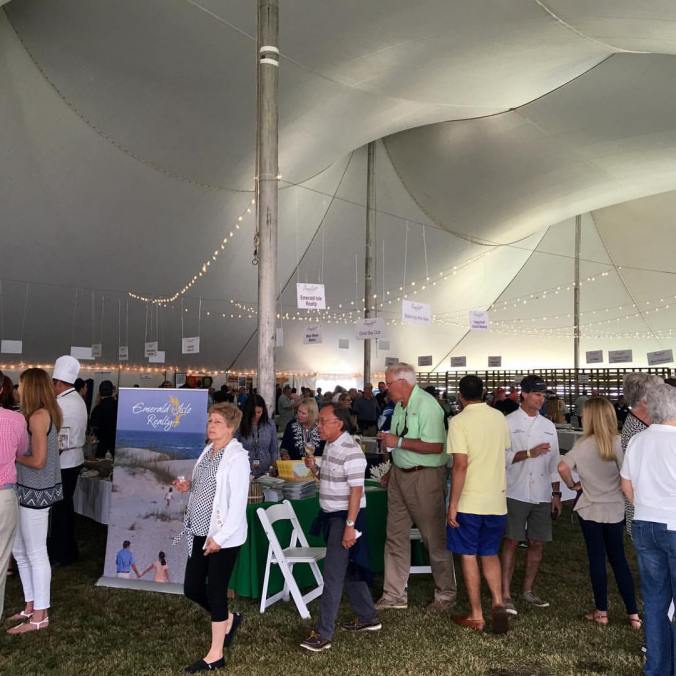 It even prompted me to try oysters with cucumber sake. I was proud of myself because that has not exactly ever been high on my list of must-try foods.

Though Beaufort is a tiny town on the southern Outer Banks, this event has not disappointed. Next year, my goal is to attend a wine dinner along with my favorite seminar and the Vin de Mer.

It’s a lemon drop martini, 🍸 kind of evening. After today, I’m taking a little adult beverage break, as I’ll be doing a special diet the next couple weeks before my trip to the NC mountains. And then I’ll be going to wineries so that goes out the door. 😂🤦🏽‍♀️
A poem
It’s supposed to be Taco Tuesday, I hear. But tonight, it’s margs and gluten free pizza night. It doesn’t have quite the same ring to it, but it’s what I wanted. And if there’s one thing I know - it’s that I don’t have enough of what I want in my life. While 99.9% doesn’t involve pizza and margs, there’s a lot of life left to pursue those things that set my heart on fire. So in this birthday month (I turn 45) I’ve started making plans. I’m looking forward to pursuing more of what makes me the wild girl I was always meant to be.
Yesterday was rough. So. Rough. I told my mom, after working part of the day today, that I needed to get away for a bit. We went to Wilmington for some retail therapy. We stopped in a few antique stores including the very fun antique mall, Fleabody’s. I found these #DorothyThorpe high balls & I had to have them. I bought half of the set. Then we went to Trader Joe’s where I bought more flowers than is reasonable. I was so bummed to learn they had almost run out of ranunculus (basically my fav flower). I was literally searching last night for a place to buy wholesale flowers in NC just to find ranunculus! I got one bunch that’s kind of a reject. But it still gave my heart a little jolt of joy. And couldn’t we all use a little jolt of joy to the heart, from time to time?
I step out onto the back deck to make sure everything is just like I wanted it. Our table – two together – to make room for all of us and our wild children, sits in my favorite spot under the Oak trees. Andrew - who is a saint, by the way – hung lights and lanterns all over the yard last week.
There’s a thing that sometimes happens when you’re standing in the forest – your feet firmly planted on the leaves and pine needles that fall to the ground. Silence. There are times when I’m on a trail that I don’t even hear a bird make a peep. If the breeze or wind is non-existent there’s no rush of wind through the pines (one of my favorite sounds ever). It’s just silence. This is a comforting silence. It’s even more comforting in the high heat of summer when the sun and humidity bake the pines. The intoxicating scent of pine and the silence of a still day in the woods, are a gift.
Working on those self-care routines again. Sunday evening baths with enough Epsom salt for the Dead Sea, the “Sunday Nights if You Were Here” playlist on Spotify, candles burning, and lights off. Here’s to a new week of caring - but not, carrying.
I’ve been writing a lot! I wrote a bit of short fiction on Friday. It’s called “It May Stretch or Tangle” and is at the “latest post” in my link tree.
Sometimes self-care is driving 1.5 hrs to get some of your favorite flowers.
This week has been rough. Not quite sure when it will let up. But this morning I had a reminder that in so many years past, even when facing trials, confusion, or pain - I was still very good at seeing the beauty and good things around me. I’ve lost some of that delight and joy at the simple things. On my quick walk with the dog this morning, I was reminded of this, as I caught sight of spring blooming around me and listened to the birds. It was a reminder that the trials and struggles are temporary. The seasons always change...
Loading Comments...
Comment
×
<span>%d</span> bloggers like this: